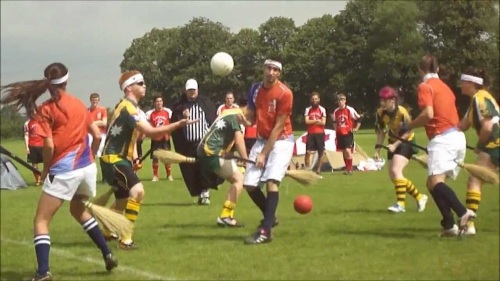 It’s been a while since I given you a List of 11, so today I present…

1) Zip cord – Invented on a rainy day, a string is tied from an upstairs baluster to a piece of furniture in the living room below. Every possible toy imaginable is then slid down the rope. Scores are awarded based on speed of slide and distance travelled.

2) Baby Koala – One of my least favourite because it involves ET crawling around whining like a baby… or baby koala, I guess. CJ takes care of him and supplies the eucalyptus leaves.

3) Hug Match – Wrestling, but given a cute/sly name so that Mommy won’t get angry when they break something.

4) Yeti! Yeti! Yeti! – A throwback to the annoying Pablo the Yeti character from the Backyardigans. My boys’ game has nothing to do with the Backyardigans except for the loud and grating call of “Yeti! Yeti! Yeti!” that CJ makes as he crawls around the floor chasing ET while covered in a blanket. The game always ends when my last nerve is frazzled and I order them outside… NOW!

5) Spy – Self-explanatory, I think. The beauty of this game is that it is inherently quiet and can be played in any venue. Indoors and outdoors, at home or at the grandparent’s… even once in church!

6) Slinky Kitty – This might sound a bit like an adult bedroom game but it’s much more innocent in our home. ET stands upstairs and drops poor Kitty wrapped in the end of a slinky. CJ is down below and tries to grab Kitty before he springs back up.

7) Wipeout – Similar to the TV show but a winter sport played around obstacles involving telephone poles, shovels and snow banks.

8) Quidditch – Just like J.K Rowling’s version but played in our backyard while riding hockey sticks in lieu of brooms… oh, and goals are scored in garbage pails.

9) Minecraft – Yes, I know everyone’s kids play Minecraft but mine play it outside without a computer. From what I have observed, the game is rooted around BDN’s son being a villager who makes an unacceptable barter trade. Of course, this leads to the arrival of an angry horde and chaos ensues.

10) Catch – A pretty standard game of catch but my boys stand only a few feet away and toss gently underhand. Apparently, they are aiming for a world record number of catches rather than an impressive degree of difficulty.

11) Queen Elizabeth – It is played outside with the whole gang of neighbourhood boys and CJ always plays the part of Queen Elizabeth. I have absolutely no understanding of this game.

I’m not sure what this list conveys about my children… I just wanted to share some of the craziness!

Do you have a favourite invented game from your family or your own childhood?

13 responses to “Games my children play”