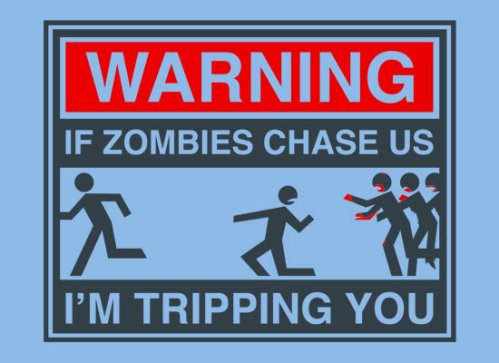 If you are ever being chased by zombies, ET is the person to have running beside you. This kid cannot run for any significant distance without tripping. In fact, it is so predictable, The Husband can often do a precise countdown from the beginning of his run to the anticipated tripping point.

The good thing about all this tripping, is that he is now incredibly resilient and bounces right back up with a hearty, “I’m okay!”

On Saturday, we attended a pre-parade party. It was a beautifully mild evening and the horde of children were outside chasing each other around the house while us adults had drinks inside.  As we were leaving to walk to the parade, I noted ET’s muddied knees as evidence of his usual stumbles.

Walking down the front walk to the sidewalk, the 6-year-old was jubilant, exclaiming how much fun the party had been. He then became very serious, pointed to a low-lying shrub in the yard and said,

Apparently, as he ran laps around the house, the same bush had tripped him every time.