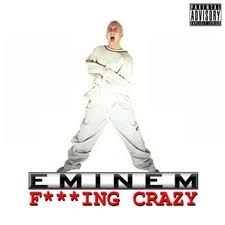 As a follow-up to my post “Music today… grumble grumble” I’d like to direct your attention to this extremely funny article from the Onion. It was published on June 27th but I didn’t see it until tonight.

“Honestly, I don’t really know what I’m supposed to do here. How am I supposed to let Hailie go out with a guy who says I was a huge influence on him and all of his friends?”

“And his parents let him listen to it?” Eminem continued. “What kind of house was that? I don’t even want to think about what kind of people they are.”

The Onion is an American satirical news website that parodies traditional newspapers by using a layout based on the American Press. It is always good for a few laughs.

This entry was posted in General and tagged Eminem, explicit lyrics, Funny, music, the Onion. Bookmark the permalink.

2 responses to “Postscript on Music today”