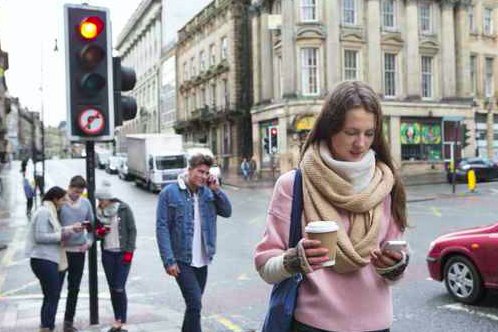 I haven’t always had the highest opinion of high school kids… probably in part because I didn’t like my own high school years very much… but also because I live very near our city’s largest high school and the kids are everywhere.

Over the past ten years, I’ve been judging them by how loud and obnoxious they are when they are on my bus in the morning, by how they always have their heads stuck in their phone when they’re crossing the street in front of my car, and by how they’re constantly swearing when my kids are in earshot.

Without knowing it, I have become a middle-aged woman who mutters judgmentally under my breath as I try to elbow my way though a gaggle of them. It’s really all I can do not to pull up the boys’ pants and wipe the make-up off the girls’ faces.

But… I’ve been wrong.

Yes, some of them are loud on the bus. Yes, they really do need to look up when they cross the street. And yes, it would be nice if they cursed less in front of small children. However, I have been spending a lot of time with these young adults recently and my opinion has been swayed.

Since January, I have been in five different area high schools, given multiple presentations at each one, and I’ve had my socks knocked off every time.

These students I’m talking to are polite, caring, and smart. I’ve been truly impressed by the compassion that they’ve shown me and the concern they shown for one another. They all listen to me speak… really listen… and then they ask truly intelligent questions.

Sure, there are the clowns who make a scene when they first enter the class, or the ones who show up halfway through the period, but the majority show nothing but respect for their teachers and each other. At this week’s school, one young man even offered to walk me back to the front door to ensure I didn’t get lost. He chatted amicably with me the entire time.

There are kids that stay to thank me afterwards even though it is going to make them a few minutes late for their after school shift at McDonald’s. They write me e-mails to tell me that my talk really helped them. And they ask me advice on how they can help their friends.

That might be the thing that has shifted my opinion the most… how often their questions are about helping their friends. These teens see their peers going through some serious stuff and it affects them a lot. Some of these kids are carrying some heavy shit around with them all day, and frankly, they are dealing with it pretty damn well.

In case any of the students I’ve been speaking to ever find their way to this post, let me take this opportunity to say thank you… Thank you for letting me into your space for a while and for showing me how wrong my mindset had become.

And please, excuse that middle-aged mumbler as she elbows her way through your crowd. She just doesn’t know you like I do.

I have a dream… 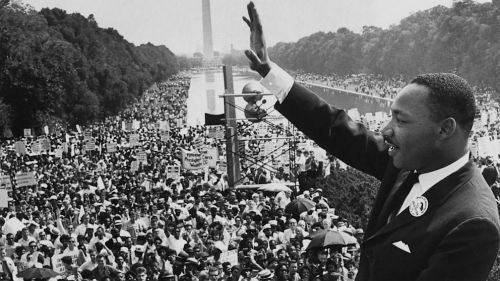 I recently had an essay published in The Coast. The Coast is an alternative weekly free newspaper here in Halifax which claims a readership of 61,263.

If you are a regular reader here, nothing in this essay is new to you. It is just a short piece about my struggles with depression and how “I almost died because I was too embarrassed to admit how I was feeling.” Same old, same old.

So, if there is nothing new, why am I bringing it up? Because this was just one in a series of recent events which have triggered an itch; an itch to do more.

With this article, as with my previous mental health divulgements, I’ve received a tremendous outpouring of support and positive feedback. I’ve been contacted by friends, past acquaintances, and complete strangers who’ve told me that my story was also their story. Some have decided to be more open about their own mental health, some are going to seek help, and some are just feeling less alone.

Just one person telling me that I have helped them in some way would be worth the anxiety that accompanied the decision to come out of the mental health closet. Don’t get me wrong, I feel better having done so and don’t regret it for a moment, but I’ve had my worries that people now look at me differently (Hey, it’s the crazy lady!) and I fear that my telling of past events has reopened old wounds for my family.

But, as I said, helping just one person would make this worth it. Having the knowledge that I may have helped a number of people makes me wonder how much more can be done. As I wrote about in this post, a friend of mine killed himself the year after my own attempt. I have often wondered if I could have saved him if I had been public about my own struggles.

Over the last few years, as I’ve become more comfortable talking about my own issues, I’ve opened up to people when I suspected they might be having difficulty as well. Just this morning, someone let slip that they have been really down this winter. As soon as I said, “Me too,” their face lit up, their shoulders relaxed and they breathed deeper. In other words, they relaxed. Then we talked openly and honestly.

This brings me back to The Coast. In a recent survey, the majority of its readers were found to be between 18 and 34 years of age. I know that suicide is spread across all age groups, but it is the 2nd leading cause of death for 15 to 24 year olds – the high-school and university years. These are the people that I want to reach.

I’ve had a lot of time to think about what I could have done differently in university. Why didn’t I seek out the support that was available to me? I keep coming back to the feeling of being abnormal and alone. That I had a problem I needed to fix by myself, and that I shouldn’t “burden” anyone else with it.

My alma mater, Dalhousie University, has come a long way in terms of recognizing the need for more counselling and crisis intervention but the entire system still depends on the individual student asking for help.

I dream of a system where this burden is shifted. What if all students were required to attend at least three mandatory counselling sessions a year? This would completely eliminate the stigma of “getting help” because they would have to do it, just like all of their peers. Just imagine…

“Hey Dude, you want to grab a beer and check out the ladies?”

“I can’t, I have to go see my counsellor. If I skip it again, I’ll be on academic probation!”

“That sucks! I went to my session last week. Good luck, Bro!”

(This is how the kids today talk, right?)

I know this vision is flawed. Mainly, it is cost and time prohibitive, but perhaps a version of it could be accomplished using a team of trained student counsellors with a referral service to the professionals. Just imagine a university system where everyone would be periodically forced to talk about how they are feeling! I find the idea very exciting.

Would this solve all of the problems? No. I’m sure some cases would still slip through, but a lot would be caught and any life saved would be worth it.

The Coast article was my small attempt to reach out to this demographic, but I want to do more. I want to speak honestly to a high school assembly and tell them how there will be times that they feel lost and lonely even when they are surrounded by friends. I want to sit down with university students and assure them that their crisis is solvable. I want to use humour to  break down barriers; to let people know that they are not alone. I want them know it’s okay to need help.

I  need to help… any suggestions?