From Digby with love

I wrote this last night but it didn’t post due to a wifi glitch.

I’ve been busy over the last couple of months working on my fiction, which is great, but it means that I’ve neglected the blog. I’m spending tonight alone in a hotel room and I’ve just realized this is the perfect time to write a post. I have a few things on my mind and it has been far too long since I’ve put my thoughts down on  screen.

First of all, you may be wondering why I’m all alone in a hotel room in Digby… so let me tell you.

I was invited down to this incredibly beautiful part of Nova Scotia to give a talk as part of an evening being hosted by the Mental Health Foundation of Nova Scotia. Very timely because…

Tonight began with a talk from an expert, child/adolescent psychiatrist Dr. Jerry Gray, and then I followed with my story. As happens sometimes, I got a little choked as I spoke about my university suicide attempt (I’ll chalk it up to me being tired after a long day, work until 1:30 and then the three hour drive) but the audience was warm and receptive and I was able to continue after a deep breath.

After I spoke, Ryan Cook played a couple of songs. It was beautiful music therapy and closed out the evening perfectly.

He’s a super nice guy and incredibly talented. Plus, he’s a huge tennis fan so that endeared him to me quite a bit. All in all, a good night.

The other thing on my mind tonight is the recent decision I made to accept a nomination onto the board of The ALS Society of New Brunswick & Nova Scotia.

I’m incredibly honoured because, as you know from some of my previous posts, this is an association that is very close to my heart. At the same time, I really had to think long and hard about accepting the position.

As the name states, this is a shared organization between two provinces so there is a little bit of travel involved. Not a lot, but enough so that it will interfere a few weekends a year with our family life. Before I said yes, I needed to discuss it with The Husband. He was, of course, ready to support my decision either way.

Also, I was a little hesitant because I could already feel the weight of the position. I know how important the Society is in the lives of NS and NB families living with ALS and I had some doubts that I would be able to fill the role well enough. I’ve never been a “Director” before… what if I suck at it? What if I can’t do justice to the memory of the amazing people I’ve watched die from this horrific disease.

Well, I’d quashed those doubts as best I could and accepted the position, but until tonight I was still feeling a little nervous about my decision. That is until I learned that Angie Cunningham died.

Angie was an Australian former professional tennis player who worked as part of the WTA Player Relations and Operations group. I didn’t know her well when I was working on the tour, but whenever  I saw her, she had a huge smile on her face. I’ve heard she kept that smile until the muscles in her face stopped working. 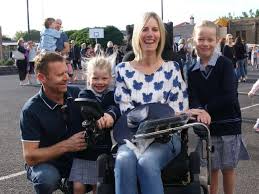 Angie was diagnosed with Amyotrophic Lateral Sclerosis (also known as Motor Neuron Disease) just over three years ago. I won’t tell you anymore of her story, suffice it to say that her death today has put all my hesitation to rest. I want to play a bigger role in the fight against ALS, I think I’ve NEEDED to do more ever since I had to give up my position in neuromuscular research four years ago.

If you are wondering why, just take a few minutes to read this interview she did earlier this year. For those of you who haven’t been close to this disease,  it will give you some idea of the terrible toll it takes.

Well, that wraps up my musings from Digby. I’m tired and I have the long drive back to the city in the morning. I’m actually really looking forward to it because it is just so damn beautiful this time of year. 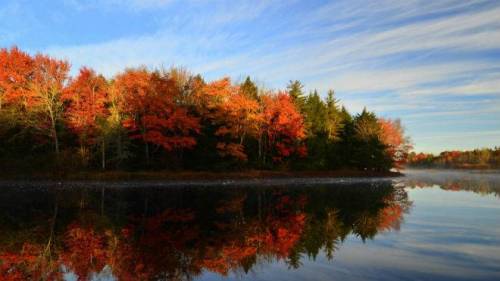 6 responses to “From Digby with love”