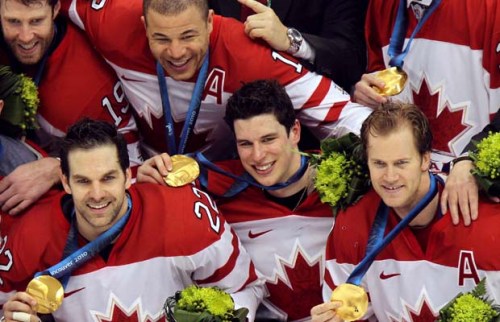 With a good quantity of parenting years under my belt, I have realized there are certain things you cannot teach your children. No matter how hard you try, they just have to figure it out for themselves.

For example, I have followed the general rule to brush and floss my children’s teeth for them “until they are coordinated enough to tie their own shoes”. Throughout these sessions, I have been a broken record on the importance of good oral hygiene and proper technique.

I’m still helping the 6-year-old with his teeth before bed but the 8-year-old has been on his own for a while. Not only does CJ not want help, he should be capable of doing it himself. The problem is that I worry constantly that he is not doing a good enough job, that he is not getting back around those molars, and that his teeth are slowly rotting away.

I often peak in to watch and, instead of paying attention to what he is meant to be doing, he is dancing around and flexing his muscles in the mirror. In the aftermath, there are gobs of toothpaste spit into the sink that have clearly not been used to scrub away those damn sugar bugs! There have even been times that I have caught him in a tooth brushing lie after checking to see if his brush was even wet.

And sure enough, at his last dental appointment, a cavity was found in one of his baby teeth that wasn’t being brushed well enough. Obviously, no matter how much I nagged and hovered, I wasn’t able to adequately  instill the importance of good dental hygiene. My hopes for his rehabilitation now rest on the memory of the painful needle and cavity filling experience.

The same goes for sports… we have been able to teach our children the rules and the strategies to the sports that they play, but no matter how much we cry, “Get in there! Go for it!” from the sidelines, they need to learn the competitive drive on their own. Like in teeth brushing, they sometimes would rather dance around and flex their muscles.

But suddenly, this year, CJ has figured it all out. In May, he started the soccer season like he ended last year, keen to learn skills during practice and having fun with his friends. Then they had their first game…

Apparently, as they walked home from the field that evening, The Husband commented on this new assertiveness and CJ explained,

“I realized that if I want the ball, I’m going to have to go get it. It’s not going to come to me.”

Turns out, he had also privately set himself a challenge. He wanted to get five goals over the summer. When he got three in that first game, he realized he had set his sights too low and raised his ambition to fifteen. He quickly surpassed that number as well and, as he did, his confidence soared.

Then soccer ended and hockey began. Last season, CJ was often placed in a defenceman position and he was good at it. He did a great job standing back to watch the action in front of the net, looking for the rebounds and stray shots.

This past weekend was the season’s first game and the coach played him in Centre. This is the player who takes the face-offs, plays the offence and is expected to cover the most ice as he follows the play from end to end. Again, just like this summer’s soccer, CJ shone. In fact, even though this is his second year playing Novice, he got his first ever hockey goal in Sunday’s game.

Again, when asked about the change in aggressiveness, he said that he had remembered something that Coach Moe had told them last year,

“The puck isn’t a puppy… it’s not going to come to you and you don’t have to be gentle with it.”

He had all of the tools and the advice, but in order for it to work, he had to figure it out for himself. Here’s the video!

Is there something “unteachable” that you’ve experienced?